Using Raw water in industry is an advantage, however it has its own challenges and difficulties too. Treating raw water is a complex process, though it seems to be a simple process prima-facie. If, due consideration to seasonal deviation in water quality, understanding and foreseen the errors in pre-treatment system, if not given, then membrane system can create major issues in product quality, productivity and energy usage. In this blog we would like to mention our unique experience in one of the case.

To troubleshoot some crucial issues like, product quality, productivity and costly membrane replacement, we, at Vipanan, had received a call from a Power Plant, situated in central India. This organization decided to approach us for Membrane Autopsy and few membranes were sent to us (Quantity, location and packing of membranes were recommended by us.) We understood from them that, they are using RO system for treating Raw water from river to get feed water for their boiler.

They were having Pretreatment set up as follows :

Their RO cleaning frequency was twice in a month. 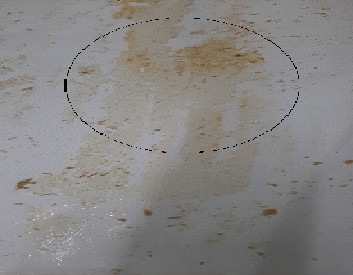 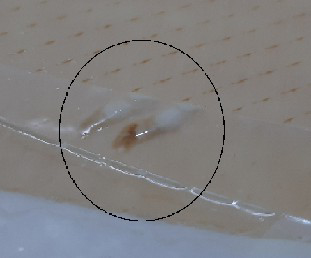 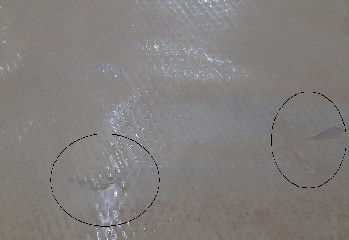 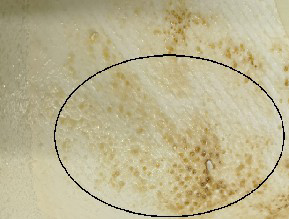 They noticed that the RO permeate was deteriorating in quality and quantity from last two years drastically. Their problems increased enormously, specially after rainy season. There was not only a steep drop in product quality, but system pressure was also reduced significantly.

This resulted in costly down time and high membrane replacement cost. After receiving the membrane, we had Visual Inspection by our experts and came across some unusual and interesting findings as mentioned below :

• There were symptoms of backpressure from product side.

• Maximum sheets of membrane were eroded.

• Glue lines were improper and damaged at different places.

Analytical findings and interpretation of foulants deposited on membrane leaf are as follows:

1. Adequate amount of Microbial deposition was present on membrane.

3. In chemical analysis, Calcium deposition was prominently observed, followed by Iron and Silica.

4. The main culprits found were Organic compounds, which are the major causes of Irreversible damage. They were Alkyl halides, Alcohol, Hydrocarbons, Alkenes, Amines. For example both High and Low density polyethylene, Refined paraffin wax, Diene terpolymer poly(ethylene), 1-Decanol, N-Decane, 10-Dichlorodecane .(thanks to our enhanced capacity to detect the contamination on a carbon level.)

It was unexpected to reveal such organic contamination on membrane surface. This organic contamination play important role in most of the symptoms mentioned in visual inspection. Organic matter is often quite reactive, and the risk that it poses as a foulant depends upon a number of factors, including its affinity for the membrane material . While designing RO Membrane system, Organic matter and organic substances are neglected. Some organic components may attack on membrane construction and alter its functionality.Microbiological organisms grow on membrane surface, with releasing a protective substance known as extracellular polymeric substance (EPS). Collectively, the microorganisms and EPS form a slimy gel layer known as biofilm. EPS and Saturated minerals & metals help each other to deposit on membrane surface and further result in severe fouling.

Although COD is considered as a organic contamination indicator, it is not necessary that it will cover all the functional groups in organic chemistry. If organic fouling is going to cost irreversible damage to the membrane, then we have to be well equipped to face such contamination which may occur in the future.

Hence, assessment of soluble organic compounds in water is very much necessary. Further, it is necesarry to assess organic contamination in water, independently, for RO system design also.

This case study, indiactes that many times, we focus more on the known facts which causes the problems. However, while doing Autopsy, one should not limit his thinking to know causes, but should think 'out of the box', to find and check the various possibilities of the root cause of the system failure.

Membrane Autopsy, if done well, is the best way to find out exact cause /causes of system failure. We at Vipanan has developed such 'Out of the Box' thinking.